Actually I went to the desert and it was amazing. It wasn’t my first time but it was most memorable. Probably because I turned 30 while I was there or maybe because I really wanted to go and I made it happen. Last time I found my self being aimlessly driven around Arizona I didn’t know what to expect which made it magical but without intent. Anyway I could describe every crevice of beauty in the desert but my words wouldn’t do it justice and neither will these pictures but it’ll give a little taste of what’s out there.

The journey started in Phoenix and on to Scottsdale where I entered a 70 mile dirt trail through the desert and was spit out just south of Prescott. Spent the night there in some super old hotel that felt more like a bed and breakfast, quaint and over priced. Woke up and traveled through Jerome on our way to see the Tuzigoot Indian ruins. Stayed there for a bit before having lunch in Sedona and before I decided to live a life of solitude, drove back to Phoenix to catch a plane back to Austin. 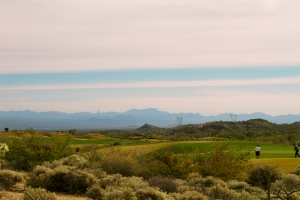 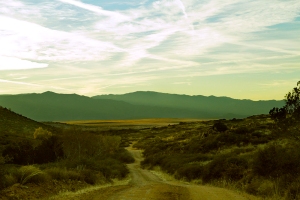 Greg’s groovy review and my lonely pic on Relix.com

Sometimes the recorded medium doesn’t do a band justice. Their energy is too loud, too contagious, too over-the-top to be contained on something static like an album, and the only way to do this energy justice is to experience it live. Peelander-Z is the standard-bearer for these bands.

Japanese comic book punk group Peelander-Z consists of four members: Peelander Yellow, Pink, Purple, and Green, all hailing from Planet Peelander. Or maybe they’re a New York-based group of musicians originally from Japan. Or maybe they’re a little of both: a madcap bunch of entertainers who use catchy, chord-driven singalong punk tunes combined with an elaborate stage show full of signs, monster costumes, and audience participation. Yeah, let’s go with both.

Peelander-Z landed in the outdoor stage of the Mohawk on Saturday, September 28, after bands Mr. Lewis and the Funeral 5 and Residual Kid warmed up the crowd. The latter provided the surprise of the night, as the trio (all aged 15 and younger) blew the arriving crowd away with their heavy, grungy punk. After closing with a raucous cover of Nirvana’s “Territorial Pissings,” there was no question the future was bright for this group.

Then Peelander-Z took to the stage in full costume and opened with “So Many Mike,” and the crowd didn’t stop jumping around, egged on by the constant direction of Peelander Yellow, with numerous hand-written signs held up by Peelander Pink. “Mad Tiger” followed, as we were taught a four-step dance/exercise routine. During the song, the band took one of its many trips into the crowd and passed out tins and sticks to provide percussion, as a long rope was stretched across the floor for a makeshift limbo line and jump rope. Other fan favorites like “Ninja High School” and “Tacos Tacos Tacos,” and a Peelander Pink-led cover of “Girls Just Want to Have Fun” moved along a frenetic hour-long set of piggyback rides, mosh pits, crowd surfing, and a long interlude during “S.T.E.A.K.” to bring up audience members to play the instruments while the band set up bowling pins for Peelander Yellow to run from the back of the room to the stage, jumping on the them for a body slam strike.

Incredibly silly and incredibly fun, Peelander-Z must be seen to believed, and should be, too. Do your interplanetary neighbors a favor and see them soon.